I was searching for Business Intelligence SSDT tools on Visual Studio 2013.

Can we install the same to install for VS 2013?

Visual Studio 2013 support for SSDT isn’t released yet. The appropriate feedback at connect states that

SSDT-BI 2014 for Visual Studio 2013 is coming, but not yet available (release date hasn’t been announced yet)

With the release of SQL Server 2014 (seems to be in April) support for Visual Studio 2013 should be added.

'For Visual Studio 2013, there are two different products that are called 'SSDT'.

One SSDT includes tools for relational databases in Visual Studio, with features like Data Compare, Schema Compare and SQL Server Database Projects. The other SSDT, referred to as SSDT-BI, includes the BI project types for SSRS, SSIS and SSAS. The SSDT relational tools are included in Visual Studio’s setup experience as a checkbox option, but the SSDT-BI tools, on the other hand, are only available as a separate download. This 'two SSDTs' thing caused a lot of confusion and was widely regarded as a bad move, so for Visual Studio 2015 we’ve made some changes.' — MSDN: How to install SSDT

We have also retired the CTP version that was based on VS 2012. 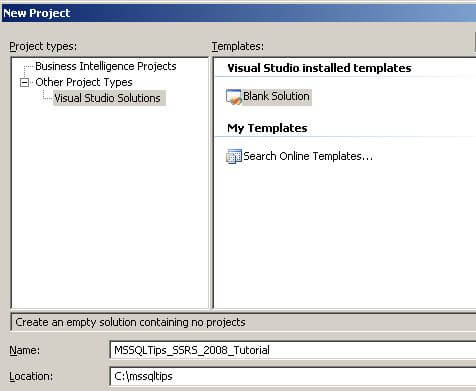 The download/install is named to ensure you get the SSDT templates that contain the Business Intelligence projects. The setup for these tools is now available from the web and can be downloaded in multiple languages right here: http://www.microsoft.com/download/details.aspx? >

It will be installed as a new shared feature for SQL Server 2012 and can be uninstalled from there.

This download contains the same features as SQL Server 2012 SP1 and supports the themes introduced for Visual Studio 2012.

Some screenshots of the templates in Visual Studio 2012: 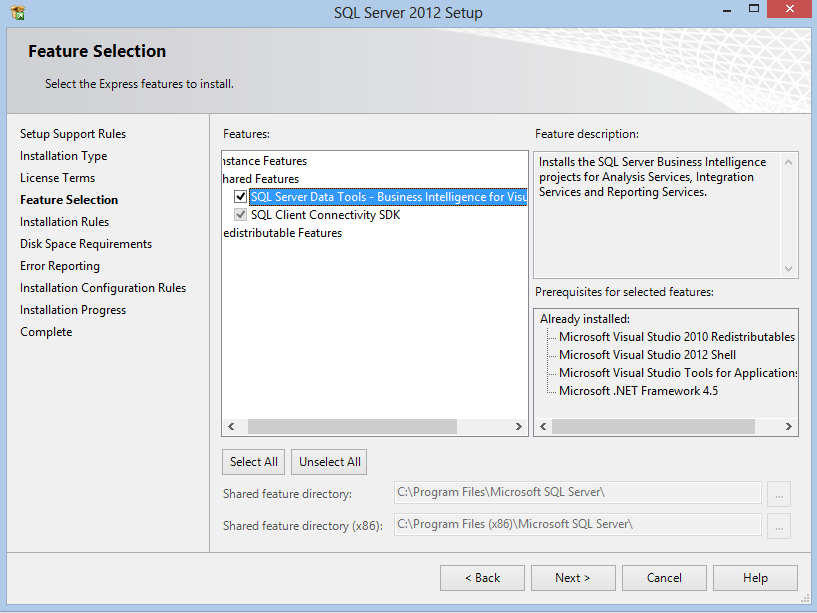